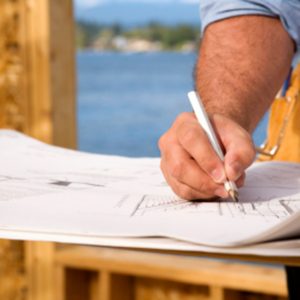 Innovation Luxury Homes the concept really began back when Kevin’s father, a small business owner of a Central Texas framing company called Merritt Brother’s Construction, would take him out to their job-sites each summer when he was a young boy. While learning the trade, he admired the hard work and the dedication of all of the contractors and individuals who day in and day out poured their hearts and souls into what would in the end become a neighborhood full of families and children who would call that place home. He recalls seeing his father working with the owners of the home-building companies that would visit the sites from time to time and remembers thinking “That has to be the perfect job – that is what I want to do”.

While Innovation Luxury Homes would not exist for many years to come, it was then, during those early summer days and years that the “Concept” of the company at least in spirit was born. The years passed by and after obtaining his Business – Finance degree from Texas State University (then called Southwest Texas State University) he moved to Austin. After spending a brief time in the financial services industry as a stock broker and advisor, in the year 2000 he was able to formally enter back into the world of residential home-building.

Also in the year 2000 he married his beautiful wife Kelly and since then have had two wonderful children named Tyler and McCailey.  After a decade of managing the local construction operations of both regional and national builders, building and or overseeing thousands of homes, Kevin decided it was time to turn his long time “Concept” and dream of his perfect job into a “Reality” by creating Innovation Luxury Homes. With the same spirit of the workers he saw as a young boy, he too now pours his heart and soul into building the places that people call home.

In 2010 Kevin earned his Graduate – Master Builder designation from the National Association of Home Builders. Innovation Luxury Homes is a member of the local, state and National Association of Home Builders, where continuing education and professional development are the keys to success. Also a licensed Realtor in the State of Texas, Kevin can assist in helping clients out in the researching of potential home sites available or do a competitive analysis for a specific area.